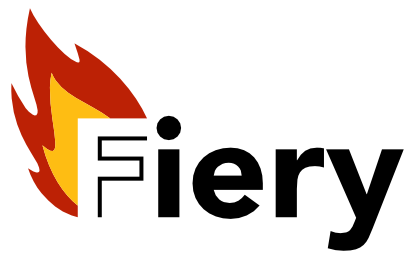 Fiery is a flexible and lightweight framework for building web servers in R. It is relatively unopinionated about how you chose to build your server logic and supports many use cases, from serving static files to being used as a base for a model-view-controller based setup.

The shiny elephant in the room

Before going any further I will briefly address what most people are thinking of when they think R+web: Shiny:

Is this a competing framework to Shiny?

In a way, yes. Any package that provides functionality for creating web applications in R will be competing for the developers who wish to make web apps. This is of course reinforced by the name of the package, which is a gently jab at Shiny. But mostly no. I believe Shiny and Fiery will appeal to vastly different use cases, in the same way as automakers and motorbike makers are in theory competing for the customers who wish to acquire the means to transport themselves, but would never be seen as truly competing.

So what is so different about Fiery?

Without falling too much into the trap of defining a project by how it differs from another, there are some very clear differences in approach between Fiery and Shiny.

From the above it is quite clear that Fiery to a higher degree gives you the choice and responsibility of building up your app at the cost of higher complexity, but with the goal of giving you more power over what you can do.

So how is this different from httpuv?

Now we’re getting somewhere! httpuv is sitting in the bottom of the stack for both Shiny and Fiery, but where Shiny build an elaborate, opinionated and complete framework on top of httpuv, Fiery “merely” adds a lot of convenience to running a httpuv based web server. You could say that Fiery sits between httpuv and Shiny, and that Shiny (or an alternative framework) could in theory be build on top of Fiery.

How to install this

Install the release from CRAN using install.packages('fiery') or get the development version directly from GitHub using devtools:

While the intro might indicate that fiery is difficult to use, this is not the case. Much of the hard work of handling http requests has been encapsulated in the reqres that fiery uses to handle http requests and responses. Further, A plugin that will often be used is routr, which provides powerful routing of HTTP requests, thus simplifying the server logic even more.

Following is a very Hello World-ish example of a fiery app (sans routr), that showcases some of the different life-cycle events:

In general much of the logic will happen in the request and message handlers and you are free to ignore the other life-cycle events if they are not needed.

I would love some feedback on this - open an issue or reach out to me on twitter.

Please note that the ‘fiery’ project is released with a Contributor Code of Conduct. By contributing to this project, you agree to abide by its terms.